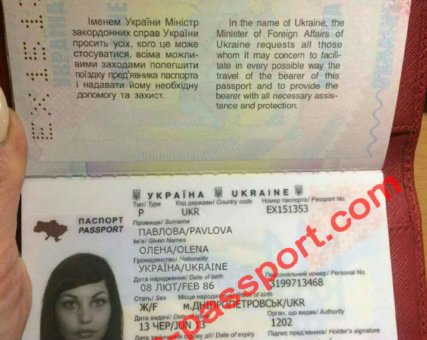 Samples of her messages: Would like to verify Passport for Olena Pavlova (Celina nickname). Money often to sent to her Aunt in Vinnystia (Anna Nikolaevna Zinkovskaya). Olena claims she received U.S. tourist visa for 3 years. Going through agency TMT Lenina travel agency at airport in Kiev

Scheme fraud: She did send me a photo with my name but I said could be photoshopped. I keep trying to get her on skype or video chat but she says problems to do. When Olena was supposedly coming for Christmas, I was talking to a different girl from Russian Cupid at the time who was supposedly at the airport at the same time. She described her perfectly from afar. Not sure how that was possible unless same person using multiple contacts on RussianCupid. Then later, she claims IBox lost money in transit and when I called Ibox independently, they knew her Aunt name and case. I attached some of her photos along with the I love you Robert pic which I asked her to do which looks amazingly real. I looked through Google but no image matches on any of her photos. I have a lot more photos from her. I just wish all this was real but I guess not. The money was mostly sent to Anna Zinkovskaya (her Aunt) but sometimes to Olena Pavlova. Is anybody real there, lol?