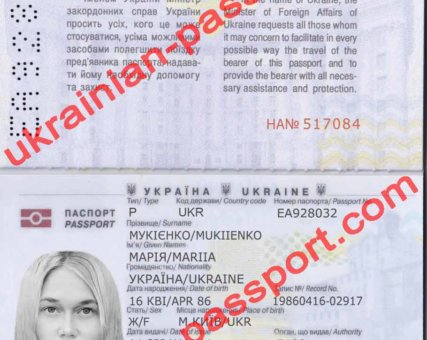 Scheme fraud: Uses stole pictures!!! Fake address, fake flight tickets, fake Ukrainian passports
I met Mariya on the RussianCupid.com She sent me a like on the 20 May 2020. After saying "hi" to her she requested my WhatsAap number so we could start talking away from the site. The same day around 3pm she sent me a first message.She told me she was 34 years old, divorced with a 4 year old daughter named Milana. She also told me that about 3 years ago she lost both of her parents in a car accident and now she was alone in this world with a child and needed to be next to someone who cares. after charting for some time and having few phone calls I offered to sent her child a belated birth day present a bike, out of generosity . I sent her about 400 USD, 150 USD for her child's bike and some for her. A week later after buying the bike and sending me some pictures, She told me she hasn't payed her rent for months due to covid-19 and they were facing eviction. she then requested 500 USD from me. We then talked about meeting and I told her I could not come to Ukraine, I'm essential health care worker so its better if she come.Then she told me because she was in the war zone, Passport will cost her 280 USD , and I sent her 380 USD for passport on July 30th . The she asked me to help her with Milana's passport which was going to cost 200 USD according to her. I sent her 300 USD on September 15th. Then she told me to make preparations Visas, she must have: 1. Medical Insurance 2. Police Report 3. A document that she is a single Mother 4. A document from her work that will show her income for the past 6 monthsTo get all those documents she will need to have 250 USD and the Visas will cost 180 USD per person. I sent her 650 USD on October 15th. The she said she needed to show that she has 1000 USD in her bank account and 500 USD fro booking tickets for Visas to be approved. I sent her 2000 USD in 2, first was 920 USD on Tuesday 27 October followed by 1,080 USD on Monday 2nd November to make it 2000 USD. then the last money I sent her was 1,450 USD for 1. permission to leave war zone 100$, 2. bus tickets 50$ for both, 3. Covid test at the airport 100$ adults only. and 1200 $ for tickets total was 1,450 $.Then she was schedule to leave on the 22nd, then on the 21 st December she told me she couldn't leave until end of January. Today I see that she has either deleted or blocked my number. I guess she is done with me. This is just cold!!