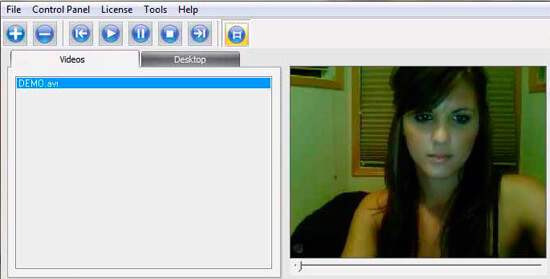 Another scam with the use of VKontakte and Skype is spreading rapidly through the Internet. The victims of extortion and blackmail via Skype become gullible simpletons, as a rule – the rich man, who are looking for love on the network.

Charming girl connect to the young man and starting to acquaintance intensively. After quite a short time, she offers the young man to do the so-called ” cyber”… But firstly the explanations and definitions are necessary.

– Skype (Skype) is a special computer program on which the interlocutors interact. At that they not only hear the voice of each other, but also see each video. In order to do this, your computer must have access to the Internet network, as well as a microphone and a video camera.

– Contact list. The Skype and other programs and applications it is addresses of relatives and friends, with whom the user communicates via the Internet. This is usually close relatives, colleagues, classmates, friends, etc.

After the “cybernetic act of love”, suddenly to the yobbo, begins direct blackmail via Skype. She wrote a letter about the young man as follows:

“I recorded you on video and now you owe me 10 000 rubles. If you do not transfer these money, I’ll send the recorded video to all your friends, acquaintances and relatives from your contact list. Transfer money here: (details are usually anonymous payment systems Yandex, Webmoney – our note.). You have exactly one day, after 24 hours, I’ll send the video to all your friends and family! “

As you know – the text, amount and timing can be completely arbitrary, this is only an example. Thought is only one – money in exchange for the removal and the “non-proliferation” of compromising video.

The victim always starts to panic.

“Caught” are mainly schoolchildren and students, including many victims and adult personalities and even married family man. Most of the nicknames prefer to send the money than to understand that this webcam fraud. After payment, the girl usually removes videos, and distribution does not occur, as well, and further blackmail. At least, the author don`t know about the re-blackmail cases.

Actions of the webcam fraud are very ingeniously. In many situations it may be various methods. Often they are represented by a “Fund for the fight against immorality in the network”, and other nonsense. The last is used quite often, especially when at the hook comes relatively adult coot. After the “Act” he can be showed a reversal of the passport with the date of birth of girls through a video camera. According to him, it can not only be a minor, but even a preteen. In addition, incredible webcam fraud – hardly a victim of blackmail smiles prospect not only to appear before friends and relatives of lewdness in the nude for self-satisfaction, but also a pedophile on the Internet to seek out young girls. Although, stress, it is not the fact that she really juvenile-digger – on the basis of practice, most of these passports – trivial forgery.

As we wrote above, if the victim refuses to pay blackmail, fraud, in 99 cases out of 100, the video really circulate. The goal is simple – “to discourage others”.

Two versions for those who caught by the fake webcam girl

Fake webcam girl, earning on blatant stupidity of youth and lust, commit a serious crime. This is not even a fraud and a scam, it is a serious offense for which the digger face real deprivation of liberty for a term up to 15 years, in the presence of an organized group, and serious consequences (for example – followed a suicide).

Moral: do not take lewdness on the Internet. Remember! Each frame, word, letter or printed family photo uploaded instantly becomes publicly available and can be replicated as you like and as much as necessary, and you can get to fake webcam girl. “Bygone” online information is almost imperceptible, and it is completely and almost not real to remove! With relatives more or less clear. After reviewing a disgrace to your participation, they will remove it and try to forget! But just imagine that the above article Video possess your enemies and envious! You can be blackmailed the rest of your life, by manipulating the way he wants! Be prudent and careful! Always turn off the camera when you are not directly communicate via Skype, because via webcam for you can easily pry fake webcam girl.