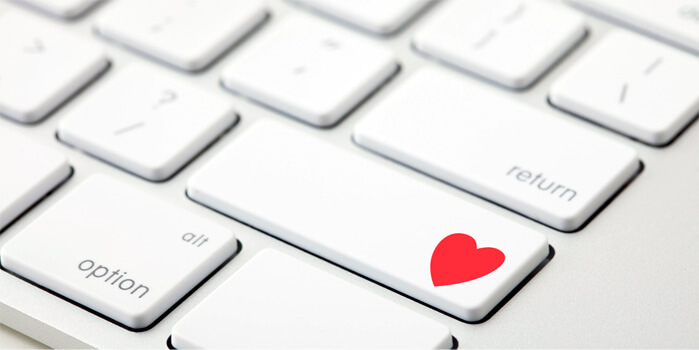 The 21st century dictates new rules. Now online dating becoming the norm. However, stereotypes and fears associated with dating sites remain a lot: they say that no one is looking for a serious relationship through Internet that it is easy to run into the boors (hamok) and marginalized people posing as those who actually are not.

It is known that man is inherently a hunter, and a woman is his prey. A good acquaintance with the lady, perceived by a man as another way to show the world and himself that he is worth something. Where can a modern man meet a girl? There are a lot of places where you can, in fact, get acquainted with the girl, but each option provides a special creative approach, which man must plan in advance.

Some psychologists in favor of web dating, some against. For example, one of the psychologists believes that people on the Internet more real. Hiding behind his pro file, people willingly open, showing his “dark” side. And this can be the advantage of the web dating: you will not spend your time on an unpleasant person on the Internet, while in real life you will face with him “in all its glory” not for the first time.

However, with this we can agree only partly. During acquaintances, people are always trying to look better than they really are. In real life it`s harder to cheat: too much information we read nonverbal. In addition, provide proof of its own success in real life is more complicated than on the Internet (of course, if a person is far from the image that wants to convey to others). Only on the internet, anyone can become the owner of another appearance, status of things, and it does not bear any responsibility for it.

And yet, despite all the difficulties of web dating, they are an integral part of modern life. And for some people it is almost the only opportunity to get acquainted. For example, acquaintance at the street or at a disco in the retirement age – no easy task. And in this case dating become a lifesaver. Today there are thousands of couples who met on the Internet open spaces, and live happily together. If you have a limited circle of acquaintances, does not exclude such a possibility to extend it, as the Internet.

One of the alternatives to the dating sites becomes a party of speed dates. For those who prefer to see once than hear a hundred times and do not want to waste time on bad dates, and a long correspondence. Speed dating website was invented. This dating format – as well as dating sites, appeared at the end of the last century, in order to meet an important need of modern man – the need to meet in the absence of time. Speed ​​dating website quickly found its audience – busy people prefer a live chat on the site than long correspondence. The full impression about the man folded mostly non-verbal, which means a short, five-minute dialogue will tell about the person more than the five-day correspondence on the site.

If you have already found speed dating website, we will give some tips, what to wear to a party.

We believe that these tips will help you in the future to attend such events. And more than confident that such visits will help you find the satellites or companions, as well as people for interesting dialogue. Although this kind of meeting we have a relatively new, but has already managed to gain popularity. Find these sites and ads is easy, just look for this information on the Internet or social networks, for example, such as facebook or contact.