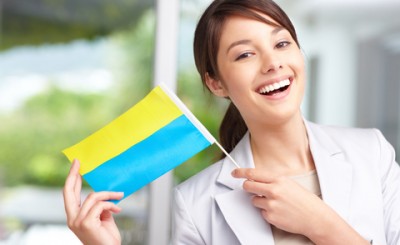 Ukrainian girls considered to be the most beautiful girls in the world. There are many stories that they are the best wives, mothers and housewives. Also, they are trained in family values ​​and family is all for them.

Perhaps, there was a time when Ukrainians had such moral principles, but not today. The modern world and the unstable economy in their country, as well as the reluctance to work, have hardened the concept of these beautiful girls. At present many foreigners know about Ukraine scam, but continue to fall for the beauty of these lovely girls.

Using their charm and pseudo dignity, they were able to fraudulently marry a foreigner entering into a fake marriage with him, and after obtaining a permanent residence permit, divorce her husband and take away the half of his property. Also, Ukraine scam is spread in the World Wide Web. Dating sites are filled with the questionnaires for singles.

Their main goal is to deceive foreigner and lure the more money and gifts from him. This desire have occurred when they realized that foreign grooms are willing to pay a lot for a Ukrainian girl.

The interesting thing is that they do not care, what people will think of them, the main goal is a fraud foreigner. Moral values ​​are lost for a long time ago, and they position themselves not as timid girl, but a woman, who can be bought.

There are sites on the Internet where you can see the prices for the Slav. Such actions worry Ukrainian psychologists and Western media. After all, if this kind of problem will continue, the Ukraine and its nation will be no longer respected around the world, and the girls who still value themselves can also lose credibility in the eyes of Western men, and their own too.

Unwillingness to work and the constant thought that in their country they can not marry, have sorely affected them.

Every day Ukraine scam is increasingly gaining momentum. Scams are flourishing, and the government does not struggle with this problem. It came to a point where even men register on the network, download photo of the beautiful women in the form and try to cheat foreigners.

Ukrainian scams have become a problem of the modern world. Such behavior may lead to the fact that western citizens will gingerly visit this beautiful, historic country.

That is why for secure visit to Ukraine, firms that help foreigners to protect themselves in this corner of the world are created. Our company also provides services for secure visit, providing a personal assistant during your stay in the country.

If we are talking about this issue, I would like to talk in more detail for what cheats go Ukrainian, and how not get on this type of fraud.

As we said earlier, that the Ukrainian girls just attack foreign men, so we want to bring a few examples of this kind of fraud.

In connection with the current situation, there are sites where foreigners spread information that contains photos, addresses, and phone numbers of the pseudo Ukrainian brides.

There information on these sites about the Ukraine bride scams, and how they are under a different pretext ask for money.

Ukrainian ask money under various pretexts starting from that fact that it is too expensive to communicate with foreigners and ending that they really want to come, but she does not have the necessary sum, also they like to put pressure on the pity, often they have “terminally ill” relatives and children who urgently need financial help.

Many men fall for these frauds, as they sincere believe in the purity of the intentions of the future companion. Basically, after the money is sent, the girl disappears or communicate, but not as active.

“Black list of brides” also contains the history of foreigners, who caught on the fraud. Basically, all girls work the same scheme, they say that they are very poor and live only with mother in a small apartment. When asked to call, they often say that they do not have yet the phone, and if they call, they avoid answering questions, justifying this by saying that they have poor knowledge of the language.

They do not send their own photos. In order to protect yourself, you can ask a girl to send a dozen of photos from the home environment to photos in the street, let she make a selfie.

If to talk more in detail about the Ukraine bride scams, we can understand that all the stories of defrauded foreigners are very similar. Here is a basic outline of action of the pseudo Ukrainian brides.

Foreigners, mostly, are men of forty-five years and above, chatting with a young Ukrainian girl. A short time later, she says she loves him and does not know how to live without him. These words, of course, will hook any man, because he is not thinking about the consequences, he proposes to the girl to come to the city.

But, here the girls are made of very caring bride from them and begin to tell how their country is unsafe and unsanitary conditions thrives in their city, that is why she it is better that she will for him to, but she needs financial aid. By submitting unreal money for registration of documents and visas, foreigners do not even think that it’s not worth it.

The result is very simple, by sending a certain sum, the girl disappears, and you will never meet her. Based on the above, consider whether, in general, to make acquaintance with Ukrainian girls.