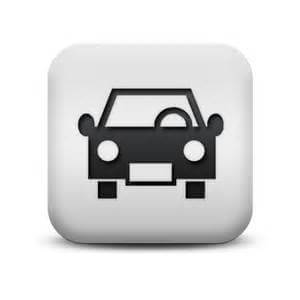 Until recently, Ukraine was not conceived as a separate country. Everyone consider it as a part of the neighbor Russia, but when Ukraine declared its independence, a few people began to perceive it as a separate state.

Over the years, the Ukrainians began to increasingly assert themselves, and as a result almost everyone in the world knows that the Ukraine is a separate country.

This perception could win the country’s attention, as well as increase tourism. After all, many foreigners like to see such a fairly young country. So, as a lot of known about this country and many tourists have visited it, the foreigners even created a travel advice to Ukraine.

In general, every foreign tourist was both surprised by the beauty of this country and disappointed. It is so because there are both pros and cons in this part of Europe.

It’s not a secret that Ukrainians is a Slavic nation, and from long ago laid that they are hospitable and friendly, but if there is travel advice to Ukraine, it is not all plain sailing, as it seems at first glance.

If to collect the reviews of the tourists that were here, then, that’s what advices they give.

The first thing that strikes them, it’s roads, as they are in poor condition, that it is better not to move around the country by own car. For this you can rent a car or use the tourist`s buses.

Also, foreigners are surprised by the contrast between towns and villages. Visiting a small village, they come to a shock, since there is no civilization there, and if you were driving, and the car broke down, then you have to push it for a long time, and even worse, in small villages there is no hostels or hotels. That is why, it is better to find out in advance which cities have hotels.

If this is a resort town, you need to book a room for a couple of months, since there will be no free rooms in the day. It also affects the fact that the room can only be occupied by 1 p.m., but the sooner it is impossible.

In general, creating such small travel advice to Ukraine, foreigners want to protect their brethren that travel need to be planned in advance so you do not have problems. After all, this country has not only unpredictable transitions between the villages, and as it turned out, between people too.

Let’s talk below about that, what seems the capital of Ukraine to foreign citizens, and what they can say about it.

Kiev is the capital of Ukraine and we all know that no matter who travel to any country, it is required to go to the capital. We all know that such a cities are rich in its culture and attractions, the service and infrastructure is much better developed there.

Although the capital is considered to be a high level, but Kiev travel warnings were also created for it. Why it is not advice, but warnings we will discuss below.

The main city of the country is very beautiful, there history originated here and there is what to see in this picturesque corner. Everyone knows that a very large number of people live here, and tourists number can be thousands every day.

Because it is a metropolis and various strata of the population are assembled here, and it is sad, but crime is thriving in this city. The most common fraud is pickpockets. They are found almost everywhere, that`s why it is better not to go alone in crowded places and not to show the purse with money and credit cards.

Their methods are very simple, they may face with you and at the same time steal everything you have in your pockets. Such people ply, because they do not want to work and are looking for an easy way to make money.

As we have previously said that the Ukrainian people quite friendly, but as practice shows, not everywhere. In the capital, the seller or the hotel manager can safely insult you in the shop. As it turned out, this is the norm for them to communicate.

The roads are not distinguished by their quality, if it is the central part of the city, then with the asphalting everything is all right, but as for the back streets, the asphalt can be omitted here.

But this is not the worst thing that can be.  Foreigners worth beware of Ukrainian women, as most of them are very susceptible to foreign men. In each of them she can see a potential husband.

Ukrainian women, as you know, are very beautiful, and they are respectively use this. Many women seek for money and they are willing to do anything to get the desired sum of money from you.

Kiev travel warnings exist because there are many foreigners, who after a night with the girl left without anything. In some cases, these women work with a group or work for someone. Thus, if you want to get acquainted with the Slav, then you’d better visit the prestigious restaurant or nightclub.

Actually, visiting any country you need to learn about its culture and mentality, to plan ahead your travel, and most importantly, to travel in groups. These techniques will help you to safely visit any corner of the country.