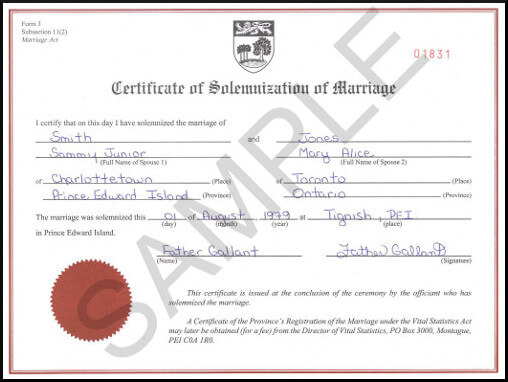 Today no one can be surprised by a marriage between citizens of different countries. According to statistics, most of marriages are between Slavic girls and Americans. This is for the simple reason, Americans, widowers or unmarried elderly American citizens are looking for a young wife in the post-Soviet countries.

So they believe that women from these countries are very responsible for marriage and appreciate the moral values ​​of the family. But this is the view of American citizens, but not of their government, which regard such marriages differently.

The cases of fake marriages became more frequent, the creation of family for the sake of obtaining a residence permit, so the American Migration Service has introduced a number of requirements that the pair could provide proof of marriage for immigration.

The Commissioner, who provided for a pair is very demanding and attentive person, and believe me, if you marry fictitiously, then you may be suspected in ninety percent of cases.

Even those couples who want to marry for love, must submit an immigration employee that their sincere intentions.

The procedure, which confirms the proof of marriage for immigration is very heavy and prolonged. That is why if you are going to enter into such a marriage, we will give you tips on how to convince the Commissioner in this.

Firstly you need to know that each couple that, except the package of documents that you have gathered for a long time, you also need but not required to submit such evidence:

– Joint picture. Most probably you are familiar for several years, that is why try to be photographed everywhere together, on holiday, at home, at dinner, on walks. If such images present, the Commissioner will be already to some part convinced of your integrity.

– Flight tickets. If you are flying to the resort together, you should not rush to throw out the ticket. It will be a good proof of marriage for immigration. Here the logic is activated, if you are not familiar, is it able to make many flights together.

– The property. A good measure is a common property acquired during the dating, and framed on two owners.

– Bank accounts. Account in any bank also said about the seriousness of the pairs if the account is opened for a long time, it is clear to everyone that the couple is not fictitious.

Evidence of marriage for immigration

If you will present documents at the interview and such little evidences, then you are guaranteed success. Remember, you need your and your partner words coincided, the slightest disagreement will lead to a colossal failure.

It also happens that, if you were married in your home country and want to move with your husband to his country you will also need to go through the entire range of procedures that are required for a marriage abroad.

– Evidence of marriage for immigration;

– If one of the partners previously was married, the certificate of dissolution;

– Confirmation of the surnames.

– An application that contains information about the family situation;

– If there are children from early marriage, the consent of second parent for removal of the child to another country, if it is a single mother, then a certificate from the registrar, which confirms its status;

– Certificate of no criminal record.

– A certificate of registration;

You also need to bear in mind that all documents must be translated into English. Language translation must be qualitative as well as errors in the documents are not allowed.

Cases of sham marriages spread very often today. Therefore, evidence of marriage for immigration is carefully checked, since all of the above documents are provided.

This problem arose from the fact that Russian girls every day, strive, to go abroad in this way. Psychologists justify their desire that in post-Soviet countries, it is very bad attitude towards women, as well as the reluctance of girls to work.

Basically they create profiles on dating sites and try to lure the foreigners. The purpose is practical the same – immigration by marriage. They are willing to endure unloved husband for many years, to prove to the commissioner in the interview that their intentions are pure. And if they were able to do it, after getting the United States green card, they get divorced with her husband and lead their free life, but it also happens that they can seize half of the property.

The process of creating a family of two people from different countries is a very long and requires patience process. It takes a lot of time and nerves. Because if your goals are unclean, do not waste time on it, because a good immigration representative can understand your intentions, and this is over the fact that you are left with nothing.