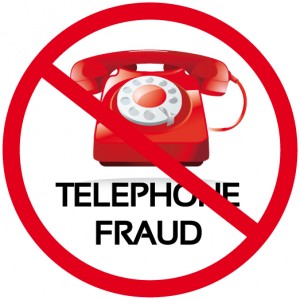 Cheating today has reached enormous proportions. Man no longer knows where he can wait for the danger. Basically now everyone write about the scam in the network, as many believe that this is the most common type of fraud. But if you look at the statistics, the first plce takes phone fraud.

This type of fraud gained momentum with the advent of mobile communication. Below we give examples of some of the most common phone scams.

This is the most common method of fraud by phone. This happens because you receive a call from an unknown number, and the child is screaming in the phone that he has something done and he was taken to the police station.

Then a man picks up a phone that appears to be a police officer, and says that your child has something done, for example, beat the man or something like that.

He says that you should not be worried, and you have little time to solve the problem, and only thing you need is to transfer a certain amount on your phone bill.

Basically, these calls come at night so people could not figure out. There have been cases that people, even without children fell on such tricks.

In order not to get to this type of phone fraud, you should call your child and see how he’s doing.

This scheme is very simple. You receive a call to your phone, but immediately dropped. You call back, respectively, and you can hear a very pleasant female voice in the phone. The man begins to talk and maintain a conversation, not knowing that calls to paid numbers.

Such a scheme exists with SMS. You receive a message on the phone with a very flattering text, asking to call back, you call back, and you also get to pay inbox.

To avoid this situation, do not call back on unknown numbers you.

A person buys a paid number, places very interesting ads on the network, which contain text that luxury apartment or a car is selling for a very low cost. When a person calls to a specified number, then the manager for a long time look for information and ask to wait on the line. In the end, it turns out that the apartment is already sold. Nothing, of course, terrible, but you called on paid number. Such calls bring hundreds of dollars per month to the owner.

The next type of phone fraud is designed for law-abiding people. The citizen suits outside and requests to call urgently, told you the tear story before it. When you give your phone, you do not even suspect that he is calling for a paid number.

The money comes to your phone mainly a small amount, but it always contains a zero, for example, one hundred. After some time you are called and asked to moved back a thousand, because the person on the other end of the line was wrong.

And you realize that you were transferred less, but if you start to argue, you threaten to call the operator, and even litigation.

SMS notification comes that your card has been blocked, and you need to call the free number. When you call, you are asked to update your personal information, including the pin code.

If you are smart person, you should never disclose such information over the phone.

Let’s now look where to apply when you fell on this type of fraud.

Where to report phone scams

Many people today are faced with the problems of fraud in the network, by telephone and on the street. Many ignore this process, because they think that this type of fraud can not be investigated, and, in fact, that he should talk to law enforcement authorities.

But many will not appeal because they do not know where to report phone scams. Remember, no matter on what type of fraud you may fall, in any case you have to go to the police.

Turning to the authorities, you are asked to write a statement. There you need to describe the situation in detail and clearly. Please note that the application must contain:

It is necessary to ask for help as soon as there was a scam, in order the attacker did not manage to get rid of the number. Also, do not forget to call your service provider, as there is still the likelihood that you will be able to return the money.

You should know that today, in any law enforcement agency special units are created that are engaged in fraud. That is why if such a situation has happened to you, you should immediately go to them, rather than sit and think where to report phone scams.

Any kind of fraud is punishable, that`s why, first of all, be careful, and if such a situation occurred, go to the police and you will be sure helped to solve your problem.