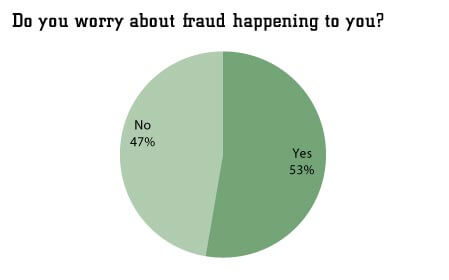 Internet is as a convenient resource that we can not imagine how we dispense with it before. Progress has already reached the levels that we are doing all the operations through a powerful network. But there are some unpleasant moments that make us think before we make a purchase or take any other action.

This unpleasant moment is a fraud in the network. Online fraud statistics says that buyers of commodities such as phones, clothing, footwear and auto parts are most often caught by the plotter’s  tricks. Such indicators are provided on the basis of lawyer surveys.

Unfortunately, many neglect these moments and not appeal to the police for writing the application an act of a crime.

Also, online fraud statistics, says that social networking users often fall into trouble. For example, more than twelve percent did not receive the promised prizes for wins, and also Forex users become victims, but at a smaller scale, only five per cent.

In general, if we take the statistics then each person loses five thousand hryvnas per year.

And here is what the numbers of purchases in the Internet – shops tell us. To date, it is recorded forty-three percent of those who did not receive pre-paid phones, and twenty-seven did not wait for shoes, fourteen – car parts, eight have not waited for the webinars and six – for the graduate thesis.

So why is online fraud statistics growing and the number of customers on the network does not become less, but quite the contrary. The thing is that during the buying the human factor triggers and people are attracted by the low price.

There are cheat-shops which do not go for the big fraud, and offer goods at very low cost. This is done in order to win on the amount.

Low price is not always an indicator of decency and good level of the store. This point should alert the buyer, rather than run to pay money to the incomprehensible resource.

Also one thing, which is turned to be normal is debiting of an account by the mobile operators to provide numbers to third parties. It is necessary to take into account this point, as the law stipulates that the transfer of personal data is a violation and shall entail criminal liability.

In order to reduce the statistical data relating to fraud, it is necessary to make free consultations to citizens and to carry out various lectures.

How to report online fraud

If such an unpleasant situation has happened to you then you must inform  the law enforcement authorities immediately. These people know how to deal with this type of crime, as such direction of fraud is thriving today in the network.

Many people because of the ignorance of how to report online fraud, leave this question and scammers continue their illegal activities.

Due to the fact that this problem of fraud in the network is very popular, the law enforcement authorities strongly recommend to address them immediately after the incident.

But before you go to the police, you can report to the support service about the hacking. They immediately take action, for example, block your account or card.

These methods are considered the most effective, but there is one problem – it’s evidence. If you have a nickname, phone number or e-mail box of the attacker, then surely it is easier to catch him , but if there is no such data, the investigation may drag on for a long time.

How do special investigation services prosecute an inquiry? Basically, as with other crimes, firstly it is receiving application, and only after this  the plan of the investigations is composing. The rapidity will depend on the number of provided data about the cheat.

After that, when a criminal will be found that can be done through IP address, he will incur criminal responsibility. What will be the punishment, it all depends on heinousness of the offence. If it is a small amount, then the attacker will receive administrative punishment, but if it is large then  it could be arrested.

The problem is that without precise evidence, your application will  not be  accepted, then how to report online fraud? In this case there is prosecutor’s office, which engaged in more serious crimes and those that the police can not solve. And if the authorities won`t help, then contact the online – services, where the site and support administrators help you to solve this problem.

Generally, if we talk about fraud, it is best to warn yourself from such unpleasant events. In order to do this, we must pay attention to the following points:

Such minor at first glance tips will save you from many problems.