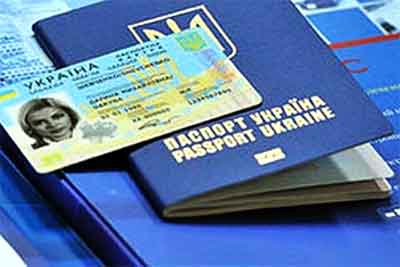 Beginning with January 1, 2016 the Migration Service of Ukraine begins the process of introduction of new identity cards – plastic cards (Ukrainian plastic passport) with a contactless electronic chip that will replace current passports.

According to him, registration of such plastic identity cards (Ukrainian plastic passport) will be possible beginning with January 1, 2016. Turnaround time of a new document is the same as of the old one- 10 working days.

In addition, replacement of the old Ukrainian passports for the new plastic identity cards is voluntary; the law of Ukraine provides a five-year transition period.

A citizen can get a Ukrainian passport with contactless electronic chip in the department of the State Migration Service at place of residence when getting for the first time, and in any department when appealing next time. Your photo is not required; the SMS official will photograph you by registration.

“The card chip can contain its owner’s biometric data – fingerprints and digital signature. But you can refuse this option; in this case a special mark will be made on the card. ID card does not contain any information about nationality, religious beliefs and residence place.

The data about marital status is fixed on the electronic chip, but they are not written with the letters on the card.”