The European Commission promulgated the final report on the implementation by Ukraine of its Visa Liberation Action Plan.

Next year the citizens of Ukraine holding a biometric passport will be able to travel to the EU without visas.

Unfortunately, this fact does not mean that Ukraine has fulfilled all plan requirements – “areas of concern” remain in a part of the fight against corruption. But Brussels took an unprecedented step and decided to start the procedure of visa cancellation turning a blind eye to shortcomings of the Ukrainian part.

The EU has a rule not to believe the promises of Kyiv, but this time it has made an exception.

There is a great deal at stake. In case of failure the EU’s image losses in Ukraine would be too large. And Brussels understands this. So, first there are key messages.

–According to plan the Ukrainians will get a visa-free regime in half a year. Most likely, this will happen in the last week of July 2016. There is a chance that this date will be adjusted – for this purpose the EU will have to breach its own procedure. But it is not necessary right that Brussels will agree to do it.

–But there is a high probability that the EU will again yield to Kyiv, accelerate the procedure and then a visa-free regime will work at the end of April.

–The Commission’s decision does not mean visa cancellation for Ukrainian citizens. Two EU institutions – the European Parliament and the Council of Ministers are ahead. Although they now tend to support Ukraine, “but there is a nuance”.

–Although the EU has not established any formal conditions for visa cancellation, de facto Kyiv still has to fulfill five obligations having been undertaken by the President and Prime Minister. And if Ukraine simply ignores its promises, we can be sure – the EU will not forgive.

Now – more on the EC’s decisions and Kyiv’s commitments – recorded and not recorded in the document. And also why absence of formal conditions is important.

The Ministry of Foreign Affairs did what seemed to be impossible.

Despite of resistance of a large part of the European Commission’s apparatus, Ukraine ensured a positive resolution of the EC, not fully following the requirements of a “visa-free plan”.

It must be also admitted that President Poroshenko for a reason has gone to Brussels for so-called “mini-summit” which has been a surprise even to those who follow the European issues. Just at this dinner with the participation of Poroshenko, Tusk, Schultz and a narrow group of officials the key points of the agreement were agreed.

A key argument was the joint letter from the leaders of the Ukrainian state, the President and Prime Minister, to the President of the European Commission. In this letter “two” undertook the obligations to fulfill all the outstanding VLAP requirements.

There is information about VLAP.

The plan had two phases. At the first, “legal” phase Ukraine has to adopt the required laws, and at the second, “implementation” phase – to prove that they are carried out, and the established authorities work effectively. Formally, Ukraine passed the first stage in 2014 externally. But everyone knows that a number of “visa-free laws” have been passed by the Parliament only at the end of autumn!

So, facing the truth, we are now still quite far from fulfillment of all the VLAP requirements.

So why is the resolution of the European Commission so positive?

Explanation is simple. The EU needs rapprochement with Ukraine. Especially its leaders need it, including the EC President Jean-Claude Juncker.

After 2014 politic leaders in Brussels finally began to realize that they also (not only Russia and the US) should play in geopolitics. And also they understand the fact, that informational intimidations are sometimes more important then the military one. So for Brussels it is extremely important “not to lose Ukraine”.

The EU also is fully aware that a large part of the reforms, which have been held recently in Ukraine, have a clear cause – the Verkhovna Rada and the Cabinet have strived for visa cancellation (to show it to voters as their achievements).

Finally, it is no secret that refusal of the European Commission would be “nuclear weapons” for Russian propaganda.

And the wrong signal as if “Ukrainians, Europe does not need you” would put into good soil. And a “detail”, that uderfulfillment of VLAP is fault only of the Ukrainian part, would not interest anyone in the information war.

It is important to understand: the European Commission’s decision does not mean automatic cancellation of visas.

“Today’s event does not mean that we have now to calm down. The European Commission has examined all our abbreviations (newly created anti-corruption bodies), they welcome all institutional changes, but it all should work. The Commission will monitor this progress, it will clearly be written in the report” – Foreign Minister Pavlo Klimkin said on Friday.

After the Council’s meeting the date of visa cancellation for Ukrainian citizens is finally announced.

So, Ukraine still has a chance to “mess up a visa-free regime”. And the Government is fully aware thereof.

“European truth” has already informed on the list of requirements that are spelled out in the visa-free report.

President Poroshenko and Prime Minister Yatsenyuk provided the EU oral and written guarantees that in the first quarter of 2016:

– the Prosecutor’s Office Act concerning the principles of forming CAP will be changed (in particular, senseless qualification requirement of 5 years experience in an ordinary prosecutor’s office for employees of CAP must be canceled);

– the final formation of the National Agency for Prevention of Corruption will be completed (NAPC) and it in practice will begin activities on analysis of state officials’ declarations;

– the laws on the Agency for Asset Recovery will be amended, as well as the laws on special confiscation and seizure of property, which have to level deputies’ corrections made for the second reading;

– the state budget will be changed in order to provide financing for all these bodies.

It will be difficult to fulfill all these requirements. Verkhovna Rada bears the main responsibility for their implementation, but not only it. In particular, the situation regarding the NAPC reached a deadlock, and so far it is unclear how to solve it.

But it is worth remembering what has been mentioned at the beginning.

There are no clear conditions for visa cancellation. The EU Council will adopt a resolution in its discretion. Therefore the Europeans can turn blind eye to some shortcomings – for this purpose the EC has provided such formulation.

But if we simply ignore our obligations – we will not get any free visa regime. And we must be conscious of this

Most questions the EU has regarding the situation with the National Agency for Asset Recovery and conflict in the NAPC. They are key pain points.

It should be added that the list of five points is not exhaustive. Ukraine can also create a problem if a rule on prohibition of discrimination does not appear in the new Labor Code.

But if Kyiv at least make efforts to have progress in all points of “anti-corruption” and does not stop other reforms or legislative changes, which have already occurred, a visa-free regime is guaranteed. And the date of its implementation can be predicted just now.

And briefly about victory of the Government. Why it is so important that we have no official “conditions” for visa cancellation, but disguised “obligations of Kyiv”. On December 18 the EC also promulgated a “visa-free report” on Kosovo, and also –a final one. But in this case Brussels has established exactly conditions for visa cancellation, and without their execution the procedure does not even start. Therefore Kosovo will not get a visa free regime before the end of this year. And no one knows what situation will be in the EU at that time (especially with migrants).

And the fact that we have avoided such a delay is a real victory of Ukrainian diplomats.

So when will it happen? 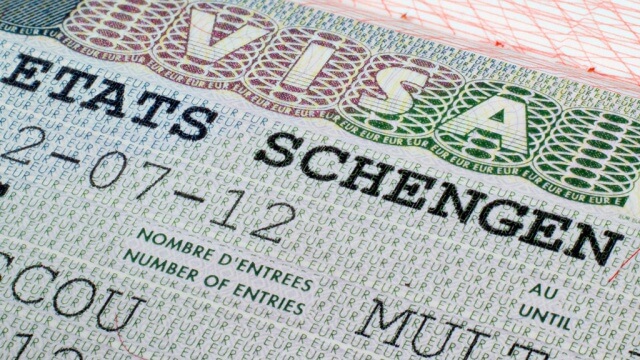 There are good reasons for us to describe in detail just above the procedure of adoption of legislation in the EU.

Life in the EU is much formalized. So often it is possible to predict the date when the procedure will be completed. And it is exactly the same case.

A point on visa cancellation is considered by the EU Council. This is the Interior and Justice Council. Its meetings are scheduled and consideration is known a year in advance. Thus, the spring session will be held in March, but at that moment the EU will not be ready to cancel visas – the first quarter will not pass on, and the European Parliament will need more time to adopt its decision.

The Ukrainian point will be considered by the Council on June 9-10.

During a month and a half the decision will come into effect.  Joint signing (the European Parliament and the EU Council), promulgation and implementation of a visa free regime for Moldova took such period.

Thus, in the case of Moldova the Council approved visa cancellation on March 14, and citizens of this country could travel to Europe without a visa, only with biometric passports, on April 28.

Similarly, we have an expected term of visa cancellation for the Ukrainians – the last week of July.

Not as fast as we want, but in the present situation (when we remember that we have not really completed our visa-free plan) it is very optimistic.

Of course, politic, including European has space for compromise. In particular, not only the “specialized” Council, but also others can theoretically consider the Ukrainian visa free regime. But in the present situation when it is required not only to adopt a formal decision, but also consider whether Ukraine has fulfilled its obligations – this point probably will not “be farmed out” to the Agriculture or Transport Council.

There is also the most optimistic variant, whereunder the EU will agree “to forgive” Kyiv, and adopt a resolution on the EU Council meeting in early March.

Then Ukrainians can meet the May holidays in Europe traveling there only with biometric passports.

This version seems to be fantasy for anyone who wants to force Kyiv to fulfill all obligations, but it still will not be excluded.

But for this purpose Kyiv, of course, has to show exactly the “cosmic velocity” in implementation of anti-corruption agreements. If the Council adopts the necessary laws in January, this version sure enough can materialize.

We only have to wait and press the Parliament, Government and President, in order for them not to “rest on their laurels” and not to forget about anti-corruption commitments. Because then visa cancellation can just be disrupted.