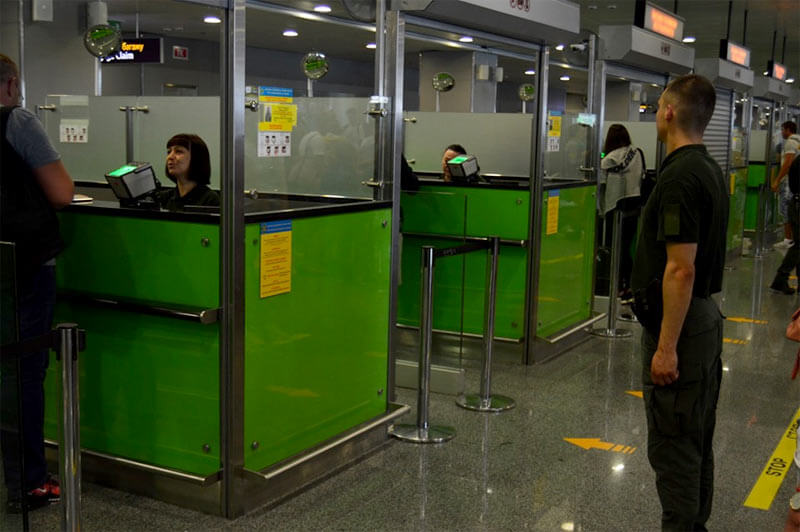 Border guards of the “Kyiv” airport checkpoint found forged documents during the control of Iranian citizens.

Two foreigners tried to get to Dusseldorf but border guards of Boryspil airport found that they use other people’s passports – passports of citizens of France, bought in Istanbul for 1500 USD. In addition, one of the foreigners had a fake ID card of citizen of France.

Another two citizens of Iran who used for their travel partly fake passports of French citizens were found at the same checkpoint. Ukrainian border guards have found that the foreigners purchased fake passports in Istanbul for 2000 USD and also intended to get to Dusseldorf.

One more seeker of a better life was discovered by border guards in Kyiv airport, when trying to use a passport of a British citizen, which did not belong to him.

The man was heading for the Istanbul-London flight, and the passport was purchased in Istanbul for 2000 USD. During filtration measures, the Iranian said that he had destroyed his valid passport of a citizen of Iran. All travelers were returned by return flights.